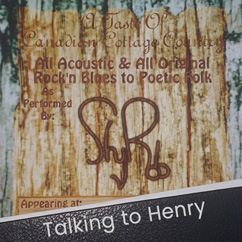 A Taste Of Canadian Cottage Country.
All Acoustic & All Original Rock’n Blues to Poetic Folk.

As Performed By: Shy Rob

“Talking to Henry” album is available – click here to order!

Open your mind. Enjoy!
Sit back, relax ~ or get up, dance, be swayed:

Please add my album “Talking to Henry” to your playlist and give it a listen and share it with your family and friends. 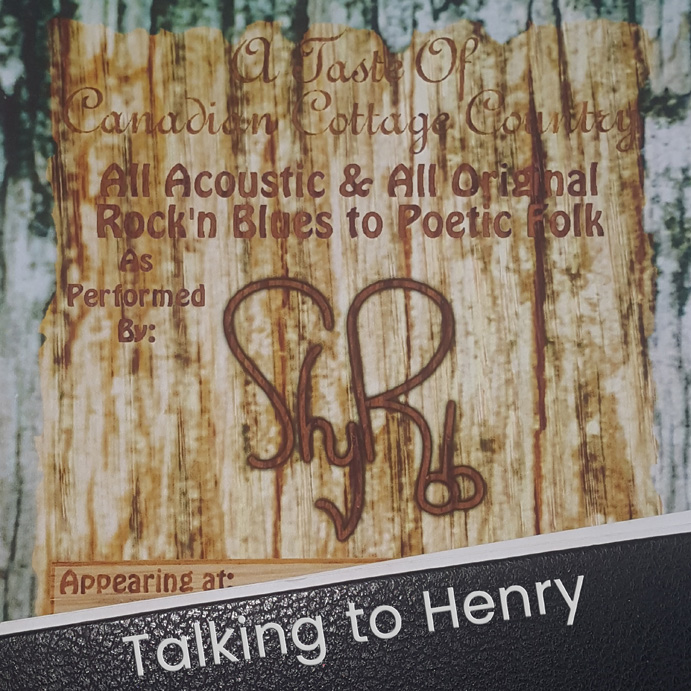 Why “Talking to Henry”?
First Attempt to Explain

You’ve heard There’s a Hole in the Bucket and you get it – right? Good, then you also understand what “Talking to Henry” is about. It is very much this same predicament / deadlock / unresolved problem that poor Henry has. Is Henry clever? Is Henry procrastinating?  Is Liza OK with this? Can you accept this? I can’t – I need to help Henry resolve this – no matter what excuses he comes up with or how far ahead he has thought this through and decided he can’t do it. Maybe I can re-write it or add a verse to show how the bucket was fixed..?

Right?! No arguing that this song is brilliant and timeless with it’s old folklore and ancient wisdom – it makes a good point and we all find ourselves stuck in a loop now and then, like Henry and Liza.

Why “Talking to Henry”?
Second Attempt to Explain

I’ve been creating my own spin on music and poetry since I was a teenager and when I was about to turn 30 I decided I needed to type them up and enter them into the computer … and in writing them down I realized I had in my head over 50 complete Songs !? Sure I had much of it hand written … but many of the words changed over time when playing them and many of these Songs had never been written down anywhere. You would think at that time I should have put together the band, played live shows, started recording, and tried to make something of it. I tried – I really did … and those were tough times for me … I realized that pursuing this dream would bankrupt me financially and emotionally. I never had any real success when sharing my Songs and no one I knew seemed to care much for it … music is funny like that. I heard so many times “Don’t quit your day job” – I hated hearing that, but it was true that making a living in music was not something I could afford – making it in music is only for the rich and privileged. I also heard “Can you play ‘Far Far Away’?” … and sure that is funny, but it still hurt my feelings and I was overly sensitive and I needed more confidence.

Fortunately, I did find a few people who genuinely liked my music – which was enough for me to keep it on the back burner and I promised myself: as soon as I was successful in my career and could afford it – I would do something with the music.

I actually stopped playing for almost 10 years and instead focused on my family and work. In 2015 I bought myself a new guitar for my birthday and I played it in the basement for a few hours some weeks while waiting for the laundry. I had forgotten so much and yet it was coming back to me slowly and I started remembering it and getting back into it. I thought to myself more than once after playing a song “dammit – that was flawless, I should have recorded it!” – so over a few weekends in the Summer of 2020, I started recording again. In only a few weeks I had 8 songs good enough to share, which I mixed, mastered, and released as my first album “Talking to Henry” which can be found on any official music streaming service, like Apple Music and Spotify.

Why “Talking to Henry”?
Third Attempt to Explain

Maybe I should have started with this: Henry is my middle name – my inner self – the name I never use or share with anyone – the name I’ve always kept private … just like my music. I realized I couldn’t use “Shy Rob” on its own as I’m not the only one using the name. It struck me that I can use my middle name and I came up with “Talking to Henry” which is what I’m doing when I’m playing my Songs on my own … and “Talking to Henry” sounds so much better than “Solo Album” or “Playing by Himself” or “Playing with Himself” – oh no, that last one doesn’t sound right at all!

The heart wants what the heart wants … and I LOVE music – I Love how different notes sound together and layers of individual simple melodies work so well together. Music theory fascinates me – how changing one note in a chord makes such a difference … it can sound right and it can sound off. I spend so much time discovering on my own how different notes work together and how to make them sound best – mostly on the the guitar. I have the same passion and approach and spend as much time writing the words to have deeper concepts with multiple meanings. I believe what I have to say matters and anyone who takes the time to listen and read it will find there is much to appreciate … and I’m sure there are many of you who will Love it as much as I do. The first truth about music is that we like what we recognize, so if a new Song sounds similar to something we already like then we will like the new Song immediately – and if we listen to a new Song enough times we will like it (even if we didn’t at first) … so the game in the music industry is to get us to hear a Song enough times so we like it. Please test the the first truth of music and listen to my Songs over and over and let me know how many times it took for you to Love them.

I now have the confidence and I’m better equipped to deal with the emotional roller coaster and business side of things and I can now afford to spend some time and money to make this happen. Now that I’m sharing the Songs, we can put together the band, play live at bigger events, make better recordings, find new fans and members, and see how far we can take it. Put all that together and you will see that “Talking to Henry” is the next step on a path to something much bigger and better.

So there you have it – I hope that explains why Shy Rob is Talking to Henry.

Please add my albums “Talking to Henry” and “Asking” to your playlist, give them a listen, and share them with your family and friends. 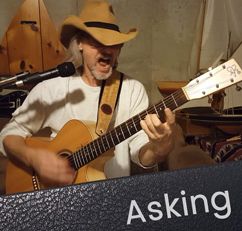 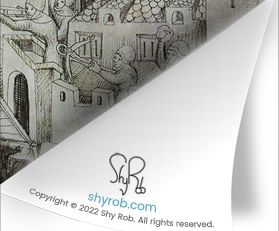 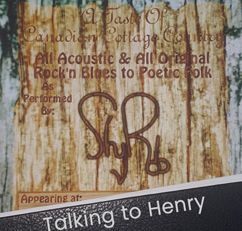 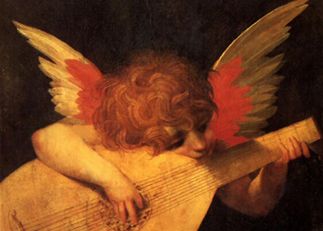